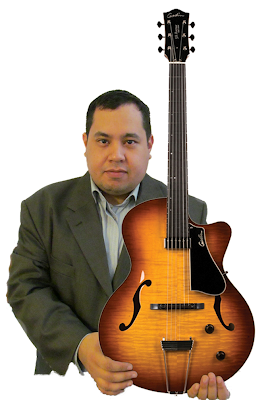 Santi Chacon was raised in an environment, in which musical nuances were embraced from disco, 80's, to hip hop to Jazz and everything in between. At the age of 32 he felt his calling and begin his journey into music; driven to familiarized himself with the guitar, he begin to work hard at finger styles in a new genre of music.

Familiar with a wide variety of music within 12 months he began composing. Each instrumental brought new techniques and nuances to his repertoire. Pressed to present a new genre, he begin to create beautiful arrangements for his acoustic work and to program his own beats, play piano, and compose leads for his more progressive compositions.

To Santi every instrumental is a story; if you close your eyes you can hear your own.

"I am and have been an A&R with Def Jam Records since they first opened in 1984 and I also run an artist management firm(Goldie Mack artist management nyc) I represent such artists as: NAS, MIMS, REDMAN, SHYNE, JA RULE, KE$HA, COUNTRY STARS TRAVIS TRITT AND RODNEY ATKINS, 3 TIME WBO WORLD BOXING CHAMP DANIEL SANTOS among other. I'm NEVER wrong about an artist and I have 4 grammy awards, 5 platinum plaques, 8 gold plaques and several BET, MTV, VH1, souls train and other music awards to prove it and I think your music is really good! (I am surprised your are not signed to a label)."

Digging your music sir, If you ever have a show in the South FL area I'd love to attend! BIGZ