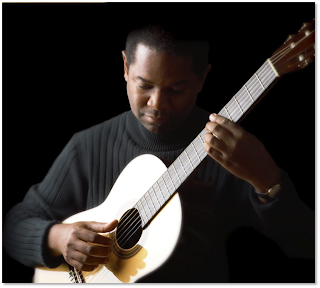 In a recording career of over three decades, master guitarist EARL KLUGH has been lauded first as a prodigy and groundbreaker, then a defining figure, and ultimately, as one of the true statesmen of contemporary jazz. With 2008’s THE SPICE OF LIFE, Klugh earns his 12th career Grammy® Nomination - his second nomination and release on the independent Koch label. As follow up to his 2005 masterpiece, Naked Guitar, Klugh succeeds in creating a statement every bit as compelling.

After breaking a six-year recording hiatus with the universally-hailed solo album of 2005, Klugh steps back from Naked Guitar’s intimate focus on the unaccompanied guitar to capture the biggest picture possible, and an equally personal one: THE SPICE OF LIFE is a far-reaching account of all his music, marking Klugh’s return to full-scale album production after a nine-year break, with a special guest appearance by flautist Hubert Laws, and with the arrangements of two legendary orchestrators, Don Sebesky and Eddie Horst. It effortlessly segues from jazz to Latin to pop modes through a compositional approach that recalls his Grammy® Award-winning work with Bob James (One on One), spiced with all the lyric flourishes that established Klugh’s distinctive signature all those years ago.

Not surprisingly, the adult-aimed radio stations that have followed Klugh’s music through 23 Top Ten Billboard Jazz Chart albums (five of them No. 1), and 12 Grammy® nominations, have rushed to embrace THE SPICE OF LIFE, with the first focus track Driftin’immediately gathering most-added honors in the format upon its release – a loyalty that bespeaks the sustained personal stature, high standards, and restless creative passion of this guitarist’s career. Driftin’spent 12 consecutive weeks as #1 on the Radio and Records Smooth Jazz Indicator chart and ranked #1 overall in 2008 on this chart. Driftin’ is also an iTunes Bestselling Jazz Song of 2008, and is one of Billboard’s Hot Smooth Jazz Songs of 2008. Furthermore, THE SPICE OF LIFEis a Billboard and iTunes Bestselling Jazz Album for 2008, and it continues to receive critical acclaim across the country.